You ever wonder what it would have been like to date a famous figure from way back when?

In this new book, Kelly Murphy & Hallie Fryd gives you a glimpse of many figures who made our hearts skip a beat and peaked our curiousity to say the least.  Historical Heartthrobs: 50 Timeless Crushes spares you from the lack of technology and modern fashion by giving you a taste of the love lives of Cleopatra, Frederick Douglass and Josephine Baker to name a few. 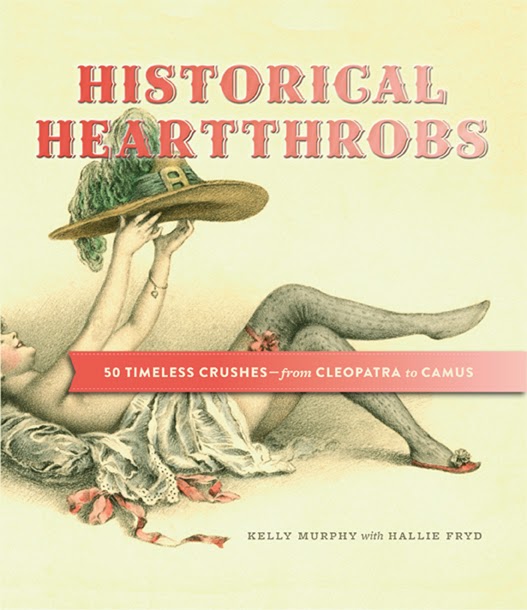 I found Kelly's take on the achievements of these artists, actors, actresses, literary and political geniuses quite refreshing. If I had ever decided that history was boring, I've changed my mind.  I found delight in their mishaps as well as their accomplishments.  These figures seem to most of us present day folks as otherworldly and sometimes larger than life.  The author's take on these individuals gives us a viewpoint that they were human nonetheless, but they marched to the beat of their own drums.

I fell in love with the courage and bravery of Josephine Baker back when the movie depicting her life was released.
She was beautiful, talented and worldly.  Until reading, who knew of her colorful love life?..and no, I'm not talking about her adopted children the Rainbow Tribe. I knew that she loved France and France treated her with love in return, but did they approve of her fancy cheetah in tow? She was a trendsetter alright! Chiquita donned a diamond collar back when other pets weren't.

My love for iconic gangsters definitely drew me into Bugsy Siegel.  I've seen many a movies about this notorious guy.  He had smarts and swagger, but he used it for evil.  Talk about criminal minds.  But you can't deny his mark on the film industry and the stories it inspired.  This mafia boss had friends in high and low places and wreaked havoc all across the U.S., but even more so in Vegas.

A woman after my own heart, Dorothy Parker.  She is what I aspire to be for the most part, minus being a regular at a brothel and the death part.  She was smart, witty and made a name for herself in the Big City.  Who wouldn't love to write for The New Yorker, Vogue and Vanity Fair?  Parker was fashionable and quite a looker, but very unlucky in love.  I guess all the socializing and power didn't bid her too well in the end. But hey, this woman had charm and fame.  A sense of humor like hers made you wonder if you loved her or hated her!

Overall I enjoyed the 50 Timeless Crushes. It was an entertaining yet informative read.  Its a must read to find some things you never knew about people you have definitely heard of!


ABOUT THE AUTHORS
Born and raised among the sprawling cornfields of rural Pennsylvania, Kelly Murphy now writes from her child-sized apartment in Crown Heights, Brooklyn. Her articles have appeared in Brokelyn, Brooklyn Based, Chic Today, NCTE’s The Council Chronicle, and various other publications. A Penn State graduate, Kelly currently works in publishing. Hallie Fryd is the author of Scandalous!: 50 Shocking Events You Should Know About (So You Can Impress Your Friends), which was a Foreword Reviews Book of the Year Winner in 2012.
ABOUT ZEST BOOKS
Zest Books is an award-winning publisher of smart and edgy titles for young and new adults that cover timely topics in creative ways by incorporating solid life advice, practical how-to instruction, and humorous commentary. We also publish a line of True Stories memoirs and first person accounts. Distributed by Houghton Mifflin Harcourt, you can learn more about Zest Books at http://www.zestbooks.net 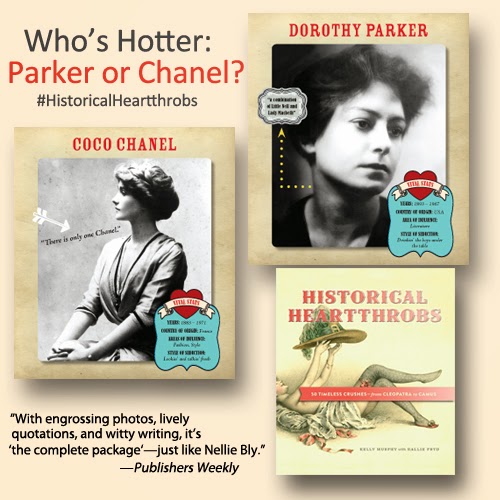