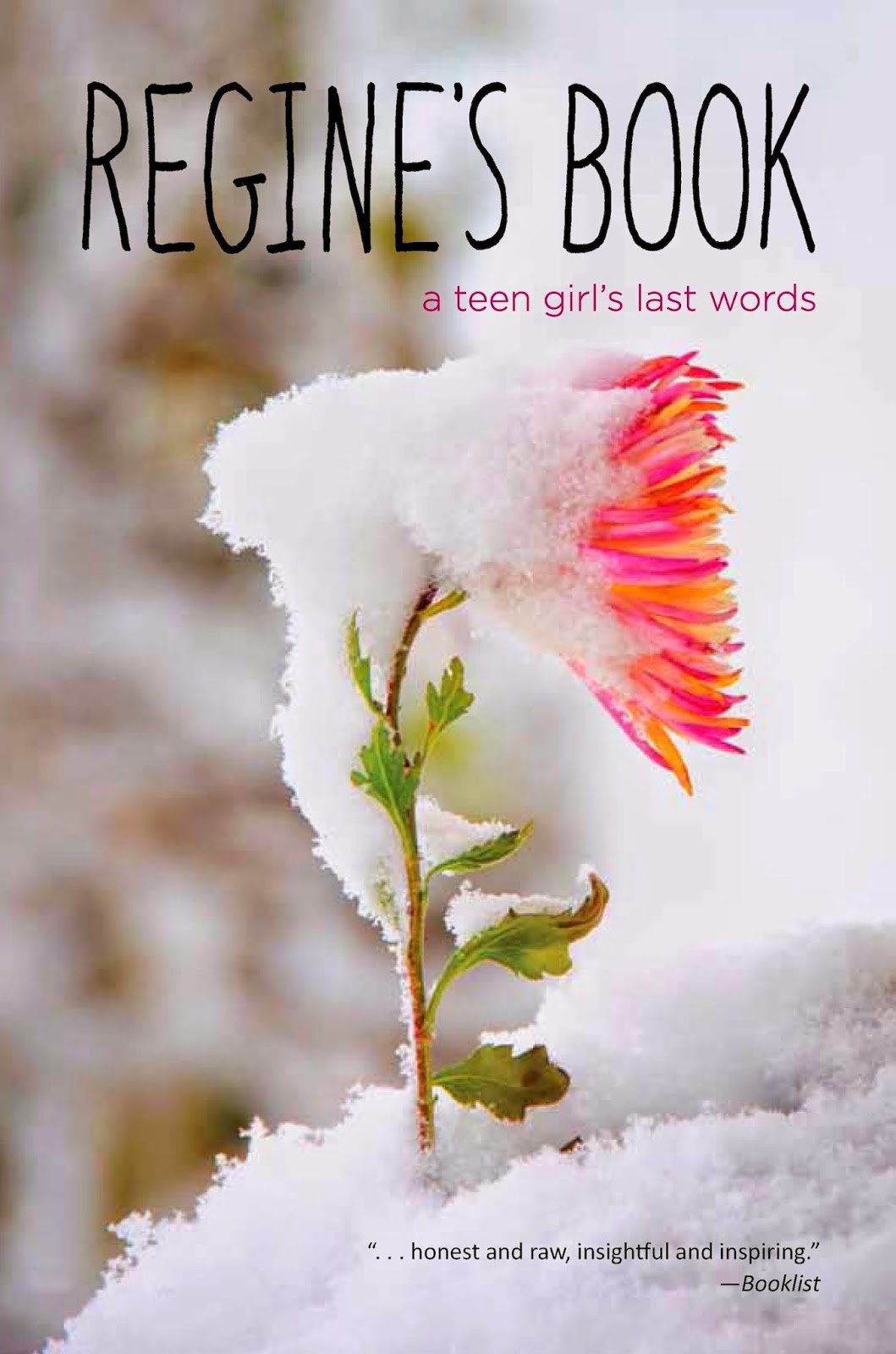 Wow.  That's the first word that comes to mind.  Cancer sucks!  It sucks even more when children get cancer.

I feel like I knew Regine.  What an intelligent, courageous, strong young woman!  This story of her battle with MDS/AML was so transparent and real and raw.  She was so honest about her disease and the struggles she encountered daily. She was optimistic when most people would not have been. Instead of focusing on how much she was suffering she often thought about her family and friends and how they would deal when her fight was over.

As a mother, I sympathize with the pain her mother endured watching her daughter become ill and realizing that she wouldn't experience so many events because of the crippling disease.

Regine wrote in one of her posts about fear and being scared because we don't know what it means to not exist.  I think we all can identify with that statement.  After enduring several months of chemo and hearing the news of needing a bone marrow transplant she knew that she was no longer in control.

She wasn't able to do a lot, but boy did she make the most of her time left.  She wrote with such passion and humor when most would not even find a reason to smile.  She had spunk and was so smart to learn so much about her diagnosis.

This was an amazing account of a young life, who had so much to offer the world. Regine found joy in the simple things. She loved nature and expressed her creativity through her writing and paintings.  I enjoyed reading her poems and the pictures she took that were distributed throughout the book.

I think I may have cried off and on while reading the entire way. But how could one not?  I am an admitted cry baby. I don't know one teenager who could muster such bravery to reveal to the world her insecurities and fears and still find something to smile about while feeling such physical pain not to mention the emotional toll the disease took on her psyche.

This book is an inspiration and offers so much hope to the youth.  Her blog puts so many things in perspective from a teenagers point of view.  All she wanted to do was live.

I believe Regine's motto would have been live for today for tomorrow is not promised.

For more info on the Regine's Book and this Blog Tour , go to: http://zestbooks.net/blogging-for-regine/
Posted by Unknown at 3:28 PM 2 comments: