I'm not your friend

Some events that occurred today compelled me to blog about parents and the relationships they have with their children.  More often than not, one parent is the disciplinarian and the other is the friend.  I tend to play the disciplinarian and I am so okay with that.  But what happens when the friendly parent doesn't like the dynamic that they have created?? I think that line is very thin for a parent and child and sometimes it becomes blurred. I think a boundary has to be set.  I love laughing and joking with my son..but he knows when mama ain't playing anymore. 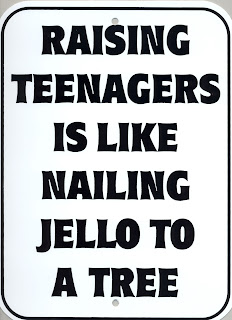 Most children especially those who have reached their teens will try to push the boundary.  We as parents have to stand our ground.  Make them show respect and make them earn our respect.  As the disciplinarian, I still do fun things with my child, we shop together, I watch video games & television with him and even horseplay. We play basketball together etc.  I do the horseplay to let him know that we can have the best of both worlds.  And I don't ever want my child to be afraid of me.  But I want him to have some fear (and I say that lightly) for what the consequences will be if he ever disrespects me.

I own this throne, I run this house and I earn the money.  So its my way.  I agree that parents should back each other up when it comes to disciplining the child.  But when the parents live in separate households, you have to have a mutual respect for the other parent and any punishment when the child is in the other's care within reason.

My advice to my son is to always respect your mother/father.  And even though you are going through puberty, etc., there is no excuse for mouthing back.  I also remind him to be conscious of the choices he makes.  Don't alienate us, because we are in his corner.  I gave him so many scenarios where teens got out of control and thought they knew better than their parents did.  I told him where these people ended up.   An older woman on my first corporate job gave me this much treasured advice: Choose your battles honey.  I told him the exact same thing.  This is my first go round with a teenager and its only just the beginning.  Let the fun begin!!!!
Posted by Unknown at 9:57 PM No comments:

This is the day

I love Sundays. It is my official chill day.  Not really doing anything other than laying around, watching television or reading a good book.  How cool is that?? When I find a church home it will also become a day when I worship my maker.  I find peace, calm and often reflect on Sundays.  I also look forward to my huge Sunday paper with all the sales ads and coupons!!

I finally got out of my lull and hauled my behind to the gym.  Worked out on the elliptical for an hour.  I thought my body would be aching so badly from neglecting exercise for almost a month.  But I made it through with no incident.  Thankfully Pandora Radio got me through it.  I have to listen upbeat tempos to get me through that hour.

En route to the gym I realized that today was the last day to take advantage of Happy Hour at Starbucks.  I got there about twenty minutes before it ended.  I'll have a Venti Mocha Frappuccino please.  And it was yummy! 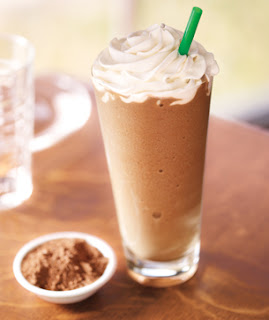 Then I got home to discover that I lost the key to my outdoor shed...I guess my neighbors will give me the stink eye until I get a replacement key so that I can get the lawnmower out to cut the grass.  And I hear its supposed to rain all week.
Posted by Unknown at 8:07 PM No comments:

Sunshine on a rainy day

Unlike most Spring weekends here in Richmond where the sun is out, today was actually muggy, a little warm and storms were a brewing.  I slept in (how lovely that felt). Chatted over the phone with one of my oldest friends for a long time.  It amazes me how times have changed.  Some of the things that were allowed when we were kids...our own kids would never be allowed to do.  I guess I'm a little sad about that.  The world is sometimes a crazy and dangerous place.  We would all love to shield our kids from the harsh realities of it.  Although our ways of parenting are very different, our main goal is to always protect our children.

On my way to pick up a birthday gift for my other friend, I got caught in the rain.  Good thing I keep plastic bags in the back of my car (from shopping of course).  Because I surely didn't think to bring an umbrella.  Hair catastrophe avoided. That wouldn't have faired well to have had to show up to dinner with dripping wet hair.

My girls and I have a birthday tradition.  This year we skipped on the chain restaurants and headed out to Mama J's.  I did very minimal research, due to hearing several good reviews.  And we loved it!! Cute and quaint.  Clean.  Good food. Decent prices.  And very friendly staff. I really loved the decor.  Cutest restroom too.  A return trip is very necessary.  I have already recommended them to friends.  http://www.mamajskitchen.com 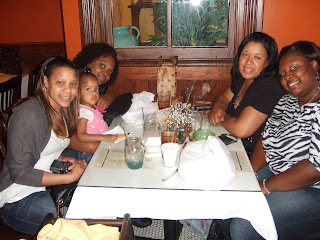