Overnight Trip to the Chocolate City

After the let down of the recent presidential election, this weekend was definitely needed.  I let my brother take the helm and make plans this go round.


I got an early start the night before and picked up my son from college.  It would have been way too much time on the road in one day if I had waited to get him on Friday.

We had tickets to a Washington Wizards game who were playing my favorite players team; the Cleveland Cavaliers. Yes-your girl is a die hard Lebron James fan.  The Wizards gave them a run for their money.  I came away with a new found admiration for John Wall; he is definitely one to watch.  I'm not the biggest basketball fan, but I like to watch a good game or two. 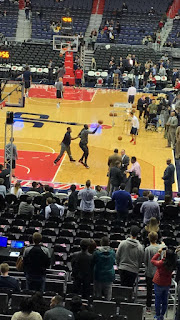 We grabbed a quick dinner before the game at Fuddruckers. Never visited one when they were here in Richmond and I always hear great things about them so why not. We were tight on time and I love a good burger. I totally would give up beef if I didn't crave a bun, burger and cheese every now and then.  Quick and decent. Such a beautiful city to wander. 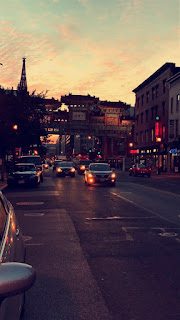 After the game we caught an Uber back to our hotel since we had walked the few blocks to the arena.  Grabbed some desserts from the adjoining restaurant and got some much needed rest.

Because I'm not a morning person, my plan to get up early to stand in line to catch a glimpse of the Smithsonian National Museum of African American History & Culture failed big time. We got there and the line was unbelievable. I was so happy to see so many people stand there waiting to see all the great things my people have contributed to the world..not just the United States.  Such a proud moment even though I only got to see the outside. 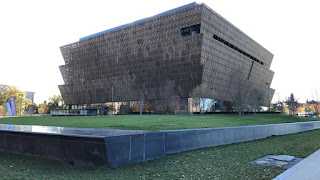 We eventually started checking out the sites such as the Washington Monument, the Lincoln Memorial, the Martin Luther King Jr Memorial statue and Veterans Memorial. 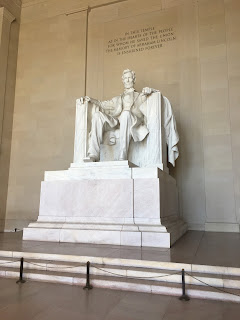 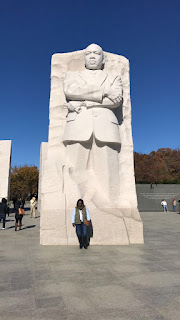 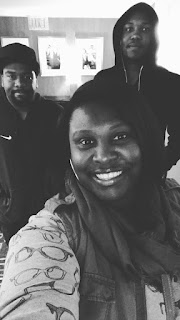 The weather was a little chilly, but sunny enough for sight seeing.
Posted by Shomari H. at 8:59 PM 1 comment:

A few months ago I was invited to a weekend girls trip.  I'm the girl that's always down for a good road trip and new experiences so I obliged of course.  Sign me up!  I had no idea of what to expect other than I would be in good company.

We first stopped at this little soul food joint off of 85 South..whoa.  They warned me that I would be stuffed when we left.  Buffet style, southern menu. What's not to like?  I had North Carolina style barbecue, fried chicken, greens, mac and cheese and rolls. I'm sure I had a little of everything but these are a staple for me.  Food was fresh, staff was sassy but friendly and the tea (the drinkable kind) was SWEET!  If you're ever headed that route check out Ralph's.

We got to our destination a few hours later.  We walked into the recently updated condo that had an oceanfront view.  The kitchen was quaint but beautifully decorated.  The living room was full of beachy charm.  The bedrooms were cozy with comfortable bedding.  I couldn't wait to wake up to the sunrise the next morning! 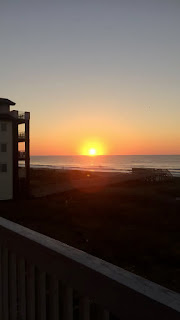 I was completely obsessed with this view! To die for backdrop.  This was a perfect after summer, not quite end of the year, pre-holiday getaway. 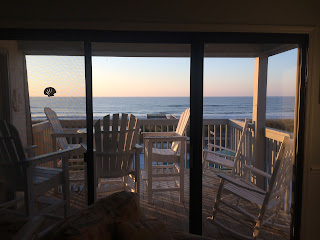 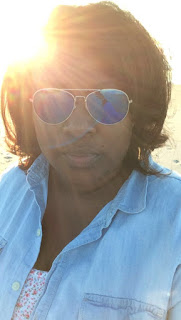 We checked out the local scenery, drove down to Myrtle Beach to bar hop, enjoyed Halloween festivities, caught a movie and did a little shopping.  Awesome weekend to say the least.  I'm just happy that I got to dip my feet in the sand and soak up some sunshine ocean front in the middle of Autumn.  I suggest to anyone to cut out of work a day or so early and take a little road trip with your girls to unwind every once in a while.  It's good for your soul! 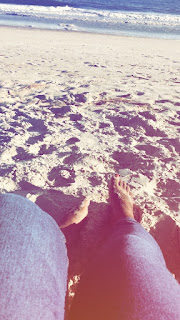 For the umteenth time, I am back focused on my fitness.

I'm back from vacation and over and done with the craze of prom and graduation festivities for my 2016 high school graduate.

I've had time to relax, relate, release and decompress.  Thank you Lord!!

So with that being said.  I need to get my butt back in the gym.

Of course, we all need a little inspiration to get to that place.  Kohl's kept sending me emails about saving $10 off of $30..so I said why not look around.

I love their Tek-Gear brand and usually head straight to them..but I remembered that they also sell Nike brand and started perusing the site for some deals.

Low and behold I found four..yes four pairs of bottoms for under $25 each.  Ya'll know I love a deal.
And they are super stylish of course.

Check out the styles I snatched up below: 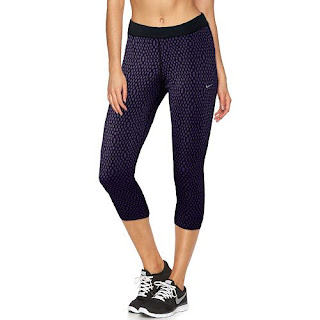 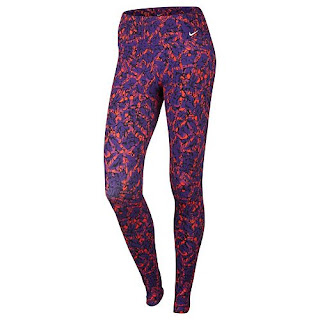 I didn't get to use that $10 off..but I did earn that much in Kohl's cash for my next purchase.

Be sure to get yours before they sell out!

What are you wearing this Summer?

I'm a bit of a social media hawk in regards to online boutiques.  I am very well aware of the trends, but not necessarily purchasing all or many of them because they may just not be my style.

One of the many stores that I visit each season and love their clearance and coupons is DSW.  They have a wide array of shoes and accessories.  I rarely go in there and not find something to purchase. While I type this and edit myself in my head-that may be a problem..

I also love the styles on JustFab.com.  I am very tempted to sign up.

The key to a good seasonal shoe for me is great stitching, a sturdy heel and a color that pops.  I live for floral fabrics and bows on sandals.  I also make sure to find a good everyday brown and black pair of flops or sandals.

Who are your faves?

I have another fave that I will mention next week. Come back and see who..you may already be following them!
Posted by Shomari H. at 12:00 AM No comments:

Friday the 13th isn't so bad after all

I used to be supersticious...Used to is the key word here.

Today's date isn't necessarily bad luck even though its notoriously known to be so.  The movies and music say so..but the fashion world doesn't.

I was checking my email and caught wind of a half off sale at one of my favorite online stores.  Yes, I said 50% OFF. I cannot..I repeat I cannot pass up a sale.  And I am still kicking myself for not getting on my laptop and purchasing this now sold out jumpsuit a few weeks ago. So I am trying to redeem myself and find something just as cute to suffice until it restocks.

Boohoo has so many items that I was dying to add to my wardrobe.  I was able to get free shipping as well.  So excited to get my package.

I do plan to post an unboxing post of items purchased today. So be sure to check back soon!
Posted by Shomari H. at 5:34 PM No comments:

So..let me just start with the fact that I'm not the biggest football fan.

But I do partake in the social media excitement of it all as well as the commercials and the jaw dropping half time shows.

As stated in my previous post.,,I was rooting for the underdogs..Cam Newton and the Carolina Panthers.

But my son's idol Peyton Manning and the Denver Broncos prevailed.  He was happy to see them win and for Peyton to go out on such a career high.

I hate to say it..but I had a feeling that the Panthers would choke.
I was also underwhelmed.  I think it was given too much hype along the way.

And my girl Bey avoided a tumble-good save!

The commercials weren't great.  The performances were eh..okay.  And the plays on the field were definitely lack luster.

Hopefully 51 will give us more of a show with all that money that's put into America's game.

Will you Bey there??